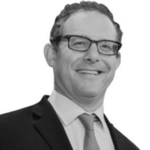 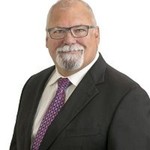 Bill J. White has served as a member of the Board of Directors since August 8, 2017. Mr. White has more than 30 years of experience in financial management, operations and business development. He currently serves as chief financial officer, treasurer and secretary of Intellicheck Mobilisa, Inc., a technology company listed on the NYSE MKT. Prior to working at Intellicheck Mobilisa, Inc., he served 11 years as the chief financial officer, secretary and treasurer of FocusMicro, Inc. (“FM”). As co-founder of FM, Mr. White played an integral role in growing the business from the company’s inception to over $36 million in annual revenue in a five-year period. Mr. White has broad domestic and international experience including managing rapid and significant growth, import/export, implementing tough cost management initiatives, exploiting new growth opportunities, merger and acquisitions, strategic planning, resource allocation, tax compliance and organization development. Prior to co-founding FM, he served 15 years in various financial leadership positions in the government sector. Mr. White started his career in Public Accounting. Mr. White holds a Bachelor of Arts in Business Administration from Washington State University and is a Certified Fraud Examiner. 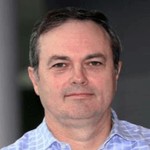 Craig Eagle, M.D. is currently the Vice President of Oncology for Genentech, a position he has held since 2019, where he oversees the medical programs across Genentech’s oncology portfolio. Prior to his current role, Dr. Eagle worked in several positions at Pfizer from 2009 to 2019, including as the oncology business lead in the United Kingdom and Canada, the global lead for Oncology Strategic Alliances and Partnerships based in New York, and as the head of the Oncology Therapeutic Area Global Medical and Outcomes Group, including the U.S. oncology medical business. Through his multiple roles at Pfizer, Dr. Eagle delivered significant business growth and was involved in multiple strategic acquisitions and divestitures. In addition, while at Pfizer, Dr. Eagle oversaw extensive oncology clinical trial programs, multiple regulatory and payer approvals across Pfizer’s oncology portfolio, health outcomes assessments and scientific collaborations with key global research organizations like the National Cancer Institute (NCI), and the European Organisation for Research and Treatment of Cancer (EORTC), and led worldwide development of several compounds including celecoxib, aromasin, irinotecan, dalteparin and ozagomicin. Dr. Eagle has served as a member of the Scientific Advisory Board at Generex Biotechnology Corporation (OTCQB: GNBT), a publicly-traded integrated healthcare holding company, since August 2010 and as a member of the company’s board of directors since 2017, and also currently serves as a member of the board of directors and chair of the Science and Policy Committee of Pierian Biosciences, a privately held life sciences company. Dr. Eagle attended Medical School at the University of New South Wales, Sydney, Australia and received his general internist training at Royal North Shore Hospital in Sydney. He completed his hemato-oncology and laboratory hematology training at Royal Prince Alfred Hospital in Sydney and was granted Fellowship in the Royal Australasian College of Physicians (FRACP) and the Royal College of Pathologists Australasia (FRCPA). After his training, Dr. Eagle performed basic research at the Royal Prince of Wales hospital to develop a new monoclonal antibody to inhibit platelets before moving into the pharmaceutical industry. 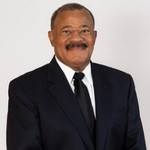 Chris Chapman, M.D., was appointed as President and Chief Medical Officer of MYMD Florida effective as of November 1, 2020. Prior to joining MYMD Florida and since 1999, Dr. Chapman has also served as the Chief Executive Officer of Chapman Pharmaceutical Consulting, Inc., a consulting organization that provides support to pharmaceutical and biotech companies in North America, Europe, Japan, India and Africa on issues such as product safety, pharmacovigilance, medical devices, clinical trials and regulatory issues. In addition, from 2003-2004, Dr. Chapman served as the Associate Director of Drug Safety, Pharmacovigilance, and Clinical Operations for Organon Pharmaceuticals, where he was responsible for the supervision of four fellow M.D.s and 10 drug safety specialists. Prior to his time at Organon, Dr. Chapman served as Director, Medical Affairs, Drug Safety and Medical Writing Departments at Quintiles (currently known as IQVIA), from 1995-2003, where he grew the division from no employees to forty employees, including eight board certified physicians, four RNs, two pharmacists, eight medical writers and supporting staff. Dr. Chapman has also served on the board of directors of Rock Creek Pharmaceuticals, Inc. (f/k/a Star Scientific, Inc.) from 2007-2016, including as a member of the Audit Committee from 2007-2014, chairperson of the Compensation Committee from 2007-2014, and chairperson of the Executive Search Committee from 2007 to 2014. Dr. Chapman is an experienced executive and global medical expert and has extensive experience in providing monitoring and oversight for ongoing clinical trials including both adult and pediatric subjects. Dr. Chapman is also the founder of the Chapman Pharmaceutical Health Foundation, an IRS Section 501(c)(3) nonprofit organization established to solicit public funds and to support healthcare needs such as AIDS, diabetes, hypertension, lupus, sickle cell anemia, malaria and tuberculosis, which was organized in 2006. Dr. Chapman is a graduate of the Harvard Kennedy School of Cambridge, Massachusetts for financial management in 2020. Dr. Chapman received his M.D. degree from Georgetown University in Washington, D.C. in 1987, and completed his internship in Internal Medicine, a residency in Anesthesiology and a fellowship in Cardiovascular and Obstetric Anesthesiology at Georgetown. 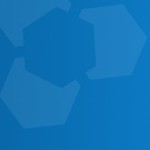 Christopher C. Schreiber currently serves as member on the board of directors of MyMD Pharmaceuticals . Prior to the merger with MyMD, Mr. Schreiber was previously the President of Akers from July 21, 2020 to April 16, 2021. Mr. Schreiber combines over 30 years of experience in the securities industry. As the managing director of capital markets at Taglich Brothers, Inc., Mr. Schreiber builds upon his extensive background in capital markets, deal structures, and syndications. Prior to his time at Taglich Brothers, Inc., he was a member of the board of directors of Paulson Investment Company, a 40-year-old full-service investment banking firm. In addition, Mr. Schreiber serves as a director and partner of Long Island Express North, an elite lacrosse training organization for teams and individuals. He also volunteers on the board of directors for Fox Lane Youth Lacrosse, a community youth program. Mr. Schreiber is a graduate of Johns Hopkins University, where he received a Bachelor’s Degree in Political Science. 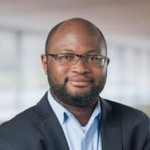 Jude Uzonwanne is currently a Principal with ZS Associates, Inc., a consulting and professional services firm focusing on consulting, software and technology that provides services for clients in the private equity, healthcare, and technology industries, a position he has held since January 2021. Prior to joining ZS Associates, Mr. Uzonwanne was a Principal at IQVIA, Inc. from 2018 to 2020, where he served as the head of the firm’s US Financial Investors Consulting practice and as management consulting lead for IQVIA’s service to a top-6 global pharmaceutical company and select emerging biopharmaceutical companies. Prior to joining IQVIA, Mr. Uzonwanne served as Vice President (Associate Partner) at EY-Parthenon LLP from 2016 to 2018, where he managed teams advising corporate and private equity investors on a range of commercial due diligence targets in healthcare strategies and advised clients on growth accelerating strategies and investments, Principal (Associate Partner) at Bain & Company from 2015 to 2016, where he led cross-border teams advising corporate, private equity and government clients on their Africa growth strategies, Associate Partner at Dalberg Global Development Advisers in 2015, where he managed project teams advising a range of PE and corporate clients on healthcare investments and M&A strategy in emerging markets and the United States, and Deputy Director, Strategy, of the Bill and Melinda Gates Foundation, where he led the Foundation’s Africa strategy team advising its C-level and trustee leadership and program teams on winning in its core Africa market. Since 2019, Mr. Uzonwanne has served as a member of the board of directors of Bonita Foods, a privately held emerging market specialty food and snacks company. Mr. Uzonwanne is a graduate of Swarthmore College (double Honors B.A in Economics and Political Science).